To learn the October night sky, we begin with a computer generated map of the sky. This map (below) shows the stars as tiny spots of light. The size of the spot indicates the star's brightness. 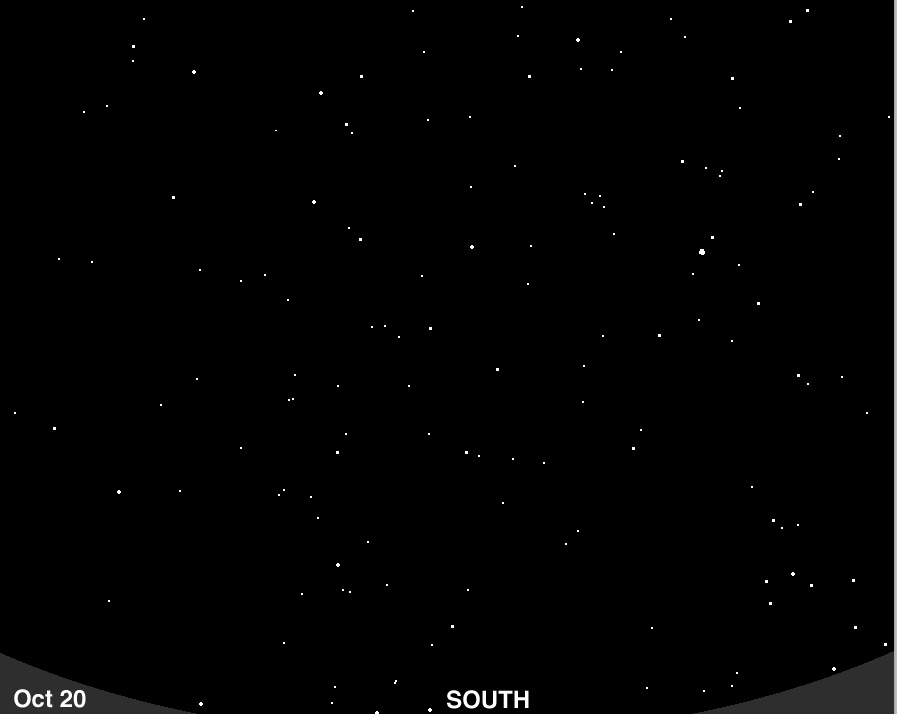 The orange bar at the bottom is about the width of your spread hand at arms length and may help give you a sense of scale.

If you move the mouse over the map, the outline of some of the constellations appear along with their names and the names of a few of the brighter stars.

Now move the mouse off the map. Can you recall where Delphinus lies and what its shape is? (Move the mouse back to refresh your memory.)

Work though the constellations and stars listed below, noting where each is with respect to the others and how it looks. For each, first look at the marked chart and then find it on the unmarked chart.

Notice that the southern sky in October has few relatively conspicuous constellations. Looking east, however, we see a more interesting and brighter set of stars. 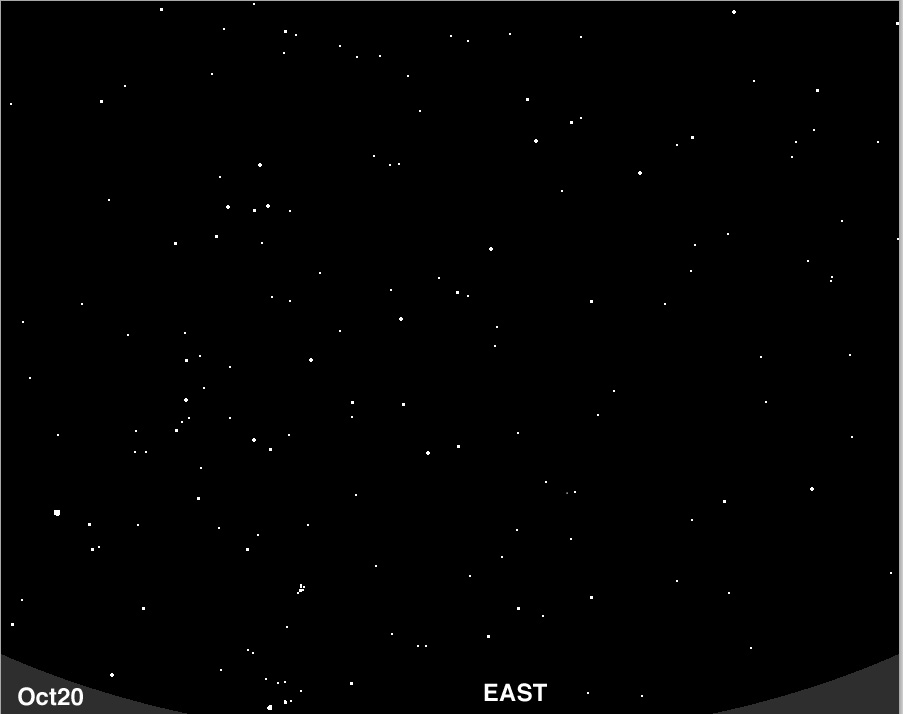 In the eastern sky, find and learn

You may note that constellations near the edges of the map look tilted compared to how they look on the adjoining map. That is the result of trying to show a curved surface (the night sky) on a flat screen.

Finally, imagine turning yourself to face north and look at the sky around the celestial pole. 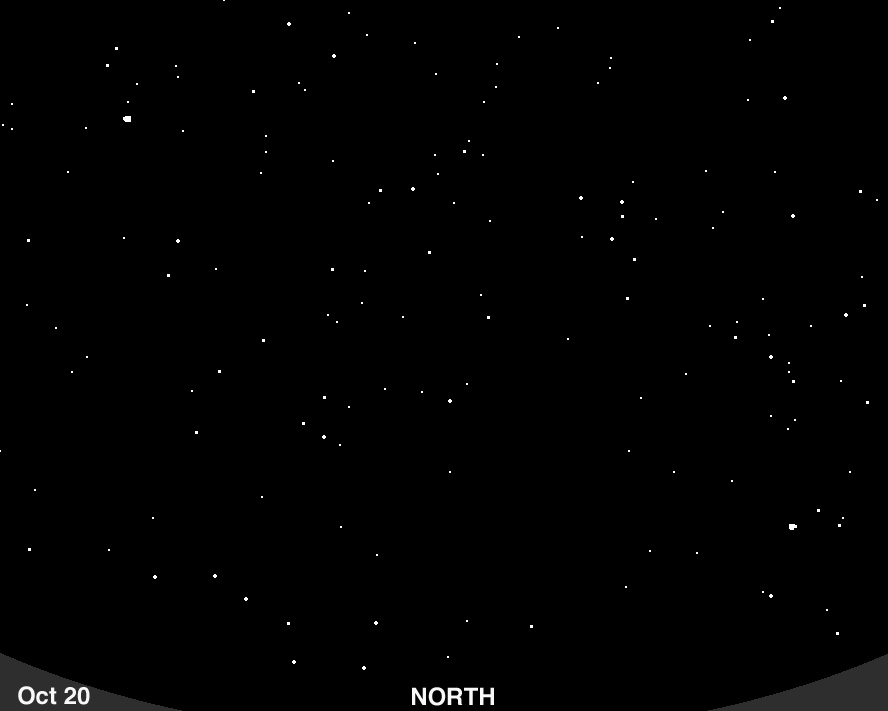 Here you can see the Big and Little Dippers, Polaris (the North Star), and Cassiopeia